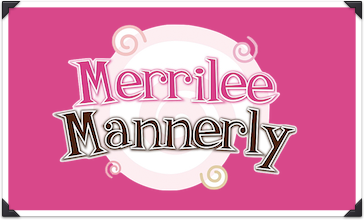 Merrilee Mannerly loves good manners - in fact, she's practically an expert. Imagine Merrilee's surprise when a princess from a land of no manners moves in next door and invites her to a birthday party. With her grandmother's magnificent Manifesto of Manners in hand, Merrilee Mannerly is ready to help her new friend, Princess Posy, host the best party ever! 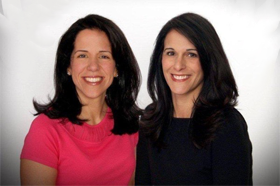 Merrilee Mannerly & Her Magnificent Manners is a recipient of a gold level “Mom’s Choice Award” and was cited as one of the best in family-friendly media, products and services.desires to find fun ways to teach children good manners.

CYNTHIA DOKAS WHIPPLE and MARY AMBROGIO CASHMAN (Producers, Co-Book Writers) are the authors of Merrilee Mannerly & Her Magnificent Manners. The duo met at Trinity College and reconnected after law school when they worked in the same law firm. Although they wrote constantly as lawyers, they never wrote anything half as fun as Merrilee Mannerly. This collaboration was inspired by their children, and their own desires to find fun ways to teach children good manners. 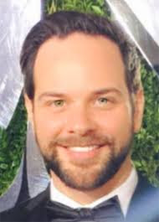 RYAN RATELLE (Producer/Director) is a New York City based producer, director, and publicist with ten years of experience working on Broadway. As a senior publicist at Barlow Hartman PR and O&M Co, Ryan managed Tony Award-winning Broadway publicity campaigns for such shows as After Midnight, Kinky Boots, Clybourne Park, Patti LuPone’s Gypsy, as well as Spider-Man Turn Off The Dark, Wicked, Grease, and many more. Ryan was the Artistic Director of the Hartford Children’s Theatre in Connecticut from 2009 – 2012 where he staged award-winning productions of Pinkalicious, Willy Wonka, 13, Little Women, Annie, and Beauty and the Beast, among others. He single-handedly designed and implemented “HCT on the Road,” a touring division that brought live theatre directly to underserved children in communities throughout the tri-state area. In his three years at HCT, Ratelle lead the charge to revitalize the Main Stage of the beloved institution garnering rave reviews, increased attendance, and three National Youth Theatre Awards. A Connecticut native, Mr. Ratelle has directed at theatres throughout the state including the Bradley Playhouse in northeastern Connecticut and at the Majestic Rose Dinner Theatre, where he served as the Artistic Director for a summer season. In NYC, Ratelle staged several productions by playwright Bethany Larsen. Ryan is the proud General Manager and publicist for The Broadway Dreams Foundation, a premier, non-profit performing arts training program.