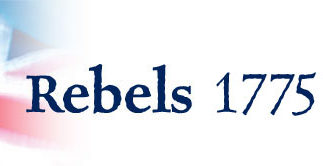 Rebels 1775 is an uplifting new musical that brings Boston of the 1770s and a host of famous and forgotten historic figures back to life. It tells the story of Enoch Cooper, an American smuggler who is cynical about the politics of the time. But, when he falls in love with the mistress of a Tory household, and his sister breaks British law, he finds himself forced to choose between standing with the Crown or taking a stand against the King’s oppression.

Set against the backdrop of events from the Boston Tea Party, through “the shot heard ’round the world,” to the Battle for Bunker’s Hill, Rebels 1775 reminds us all of why the fight for American liberty was and remains so important. The score features soaring chorales, tender arias and sprightly ditties for a truly American sound. Rebels 1775 has been seen in developmental performances at BMI, Collaborative Arts Project 21 and Curtain Call, Inc. Completion of the musical was commissioned by the Starlight Theater to celebrate its expansion from a 599 seats house to just over 1000. The production featured a cast of 88 actors, a 17 piece orchestra, reproductions of period clothing based on patterns from the Smithsonian Museum and enough pyrotechnics during the Battle for Bunker’s Hill to attract the nightly attention of the local police department. It has also enjoyed an award-winning run at the Spirit of Broadway Theater in historic Norwich, CT

“Rebels 1775 was a huge hit for us! It was our most attended production! I cannot recommend this show highly enough!” — Brett A. Bernardini, Artistic Director, Spirit of Broadway Theatre.

MANA ALLEN (Co-Author Book) served as dramaturg on her father John Allen’s musicals most of her adult life. Her work and writing on Rebels 1775 is dedicated to his memory.Since 1988, Mana has devoted herself to the development of new works and new talent for the musical stage as well as to preserving the history of our beautiful art form for future generations.. A Master Teacher of Vocal Performance, Mana’s former students have appeared, in over 50 Broadway shows, including Hamilton, School of Rock,  Something Rotten, A Gentleman’s Guide to Love and Murder, Les Miserables, Wicked, and The Book Of Mormon.  Mana co-teaches the Fordham University Summer Musical Theatre Workshop assisting Maestro David Loud and also serves on the faculties of  Barnard College and The Broadway Theatre Project. She is grateful to have served on the faculty of the CAP21 Conservatory for 20 years. As historian, Mana served as an archival consultant on A Good Thing Going: The Stephen Sondheim and Harold Prince Collaboration at the 92nd St Y and she has created/directed dozens of revues and events honoring the great artists of the American Musical Songbook including the Fiddler on the Roof Sing Along and Show & Tell for the NY Library for the Performing Arts. She co-wrote lyrics with Mr. Allen for Young Abe Lincoln and has provided dramaturgy for Matthew Selman, John Pielmeier, Scott Hayes and John Probst. As an actor, Mana appeared on Broadway in the original productions of Merrily We Roll Along and Smile. Off Broadway, regional, national and international credits: created featured roles in 17 world premiere productions. Served as U.S. Cultural Ambassador touring India, Sri Lanka. Her voice has been  heard on cast recordings, television and radio.  Artistic company member: The Gathering at Big Fork, The New Harmony Project.  Associate Producer: CAP21 Blackjacks New Works Festivals.  Mana serves as a permanent volunteer to the Curator of Exhibitions and to the Artistic Producer of events at the New York Public Library for the Performing Arts at Lincoln Center .   Member of AEA, SAG, AFTRA, the DGA and the TEDxEast community. Mana  hails from a New York musical theatre family and  her stories appear in Jennifer Ashley Tepper’s book series,  “The Untold Stories of Broadway” (Volumes One and Two).  She is married to silent film composer/historian Ben Model and is the proud mother of young actress/choreographer Molly Model.