TOP OF THE HEAP 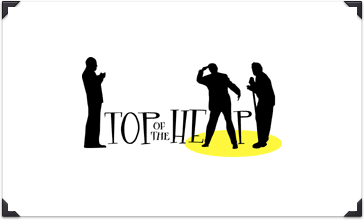 Top of the Heap is an edgy parable about the dawn of modern showbiz set to a snappy and simmering jazz score. It’s New York City, 1955, and a down-and-out nightclub comic will stop at nothing to land a spot on live television’s hit variety program Edgar Callahan’s Top of the Heap. But, when his partner runs afoul of the show’s powerful host, he discovers just how high a price he’ll have to pay

Top of the Heap has been seen in developmental performances at the Broadway Theater Institute, Cardiff International Festival of Musical Theater, Collaborative Arts Project 21, Dramatists Guild, New Voices in the Heartland Festival, New York Musical Theater Festival, Theater Building Chicago and York Theater Company. It is a winner of the Global Search for New Musicals and the National Music Theater Network’s “Director’s Choice” Award. Top has been fully staged by Curtain Call Inc., Brooklyn’s Gallery Players and the Spirit of Broadway Theater. 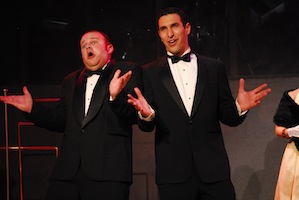 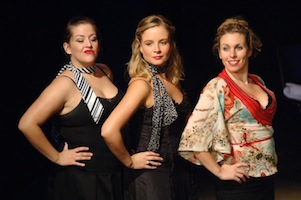 “Not for nothing is William Squier and Jeffey Lodin’s musical comedy titled “Top of the Heap.” — Peter Szatmary, Rockford Register Star

“Should you see Top of the Heap? Yes, you should. The two comics trying to gain national exposure by appearing on the big television show are told what they can and cannot say on the air. When they question whether to go with their gut or the censor, it is a wonderfully tense moment.” — Darron Cardosa, Theater is Easy

“A gritty musical that takes a look at the darker side of showbiz.” — Ellen Wilder, The Stamford Advocate